A young girl has recently been awarded £400,000 compensation for a damaged sciatic nerve. Following an operation to remove her colon, to deal with another medical condition, she was left, in the same position, for over 16 hours. Once the sedation wore off and she awoke fully she realised that it was very difficult to walk and there was numbness in her left leg.

The girl, aged 13 at the time, suffered a lot of pain, drop foot and most importantly suffered socially because of her injuries. She missed a lot of school and will have to live with sciatica pain for the rest of her life. 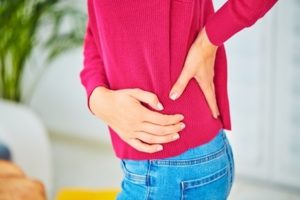 The case showed that the damaged sciatic nerve was caused by negligence of the nursing staff who should’ve turned the girl at regular intervals while the effects of sedation were wearing off. The hospital denied these claims and it was the job of the personal injury solicitor to prove how the sciatic nerve lesion had occurred and how the hospital was to blame.

We are using this case study to show how important a personal injury solicitor is when seeking compensation for nerve damage, especially when the other party involved denies liability.

We have a team of specialists available to listen to how you damaged sciatic nerve occurred so please call us for free on 0800 073 8801. If you want to know more then continue reading and find out how the young girl managed to secure the large sciatica compensation payout.

Damaged sciatic nerve symptoms include the pain, mentioned above, as well as loss of feeling (sensation) and loss or partial-loss of movement.

In this case the claimant, a 13-year-old girl, was admitted to hospital to treat another, unrelated, illness. The operation to treat the illness was successful and was not where the damaged sciatic nerve injury happened, the aftercare was where the negligence occurred.

While recovering from the operation the girl was moved to a ward. She was lying on her side when she returned to the ward and she was in the same position 16 hours later when she awoke the next morning. She realised as soon as she woke that she couldn’t move properly as her left leg was numb and she felt too weak to move it. It was alleged that, as the aftercare team hadn’t turned her at all in those 16 hours, she had suffered a compression injury leading to the damaged sciatic nerve.

The cost of damaged sciatic nerve claims against the NHS is difficult to ascertain but in this one case alone the girl was awarded £400,000. The impact on the claimant was more than just the pain and suffering and the payment took into account the anxiety and stress caused by her disability, the 2 years she missed at school and other mental health issues.

The allegation in this case was that the damaged sciatic nerve was because the medical staff acted negligently when they failed to turn the patient for over 16 hours. She was unable to do so herself as she was still partly sedated and if they had done so she wouldn’t have suffered the pressure palsy resulting in the damaged sciatic nerve and the subsequent life changing problems.

The NHS denied the case against them citing that her other medical conditions were to blame so the personal injury solicitor in the case would’ve had to gather evidence that the damaged sciatic nerve could not have been related to her other illnesses and, with the help of medical reports and witness statements argue that the NHS were to blame for the damaged sciatic nerve as the nursing staff failed to move the patient for such a long time.

The settlement, when reached out of court, took into account the damaged sciatic nerve but also a number of post-injury problems that were proven to be linked to the injury sustained following the negligence.

The amount agreed upon was £400,000 so that the claimant can lead a more normal, and independent, life. The figure was so high due to the anxiety that the claimant suffered, the fact that she has a permanent disability, a diagnosis of adjustment disorder and the pain and suffering. The case highlights how important it is to have a good personal injury solicitor on your side when claiming for a damaged sciatic nerve as it’s not just the injury that you need to claim for as this case demonstrates.

No Win No Fee Claims For A Sciatic Nerve Lesion

A case against the NHS, when seeking compensation for a damaged sciatic nerve, can be quite complex and involve a lot of evidence gathering before a case is actually filed. This is something, in our experience, that puts clients off when considering if they should claim for their damaged sciatic nerve.

Some solicitors charge for their time by the hour which means that, win or lose, you could end up with a large bill to pay the solicitor. We don’t think that it is fair for us to charge you, if you choose to use for your damaged sciatic nerve compensation claim, unless we win you compensation.

We offer a no win, no fee service for all of the claims we take on. We don’t charge any fee up front, no hourly rate and we’ll only charge you (an agreed amount) if we are able to win the compensation case for you.

Here at Accident Claims UK, we often get asked how much I’ll get for my damaged sciatic nerve? Unfortunately, there’s no nerve damage compensation calculator as every case is different. The best way to get an estimate is to speak to our team who, once they understand your case better, may be able to give a clearer estimate for you.

If you’re now ready to make your compensation claim for a damaged sciatic nerve injury, then we’re ready to discuss your case with you. Accident Claims UK offer a free consultation to assess your claim and how it has impacted you. Our team of specially trained professionals can be contacted by any of the following methods:

As with all personal injury claims, a damaged sciatic nerve claim needs to be filed within 3 years of the injury occurring so please get in touch as soon as possible so your claim can be started promptly.

If you need more information before claiming for your damaged sciatic nerve injury, then here a few useful documents.

Damaged Nerve Claims – not just about damaged sciatic nerve injuries, this article contains other nerve injuries and how to claim compensation for them.

NHS Sciatica exercises – These exercises won’t cure a damaged sciatic nerve but can be useful if you think you’re suffering from sciatica.

Hospital Negligence Claims – Our general guide to making a claim against a hospital, NHS or private, for negligence (not just for a damaged sciatic nerve – it covers all types of negligence).