Have you been involved in an accident that was not your fault, one where you were a pedestrian hit by a car? If the accident resulted in you becoming injured, you could be eligible to launch a pedestrian accident claim. Settlements for accidents where a pedestrian is hit by a car could be worth anywhere between thousands and millions of pounds in compensation, depending on the severity of your injuries. 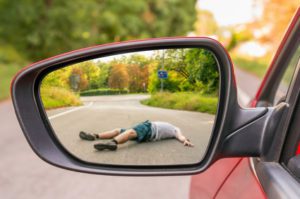 Pedestrian Hit By A Car Compensation

Accident Claims UK can offer a free personal injury claims consultation service to anyone looking to make a car accident claim with us. Call us today for free on 0800 073 8801, to speak to one of our informed advisors about the process of getting compensation as a pedestrian hit by a car. We will speak to you in depth about your ordeal, and if you have legitimate grounds for making a car accident claim, you will be advised on how much compensation for being hit by a car you could claim. We will then supply you with an excellent personal injury solicitor to conduct your claim for you.

In this case study, we are going to look at a case where a young woman, who was walking as a pedestrian, was hit by a car. She was awarded £1.65 million in compensation after making a successful pedestrian accident claim. At the age of 25 Miss C, as we will call her here to protect her privacy, was hit by a car when she was crossing the road with friends on a night out. The car accident proved serious, and she was taken to hospital immediately, where she was diagnosed with and treated for a serious brain injury.

Acquired Brain Injury (ABI) can count as any sort of non-superficial brain injury, or head injury. It can include a head injury caused by trauma, such as a car accident or a serious assault. ABI can also include head injuries caused by a brain tumour, stroke or encephalitis. According to the ABI charity Headway, the number of people admitted into hospital with an ABI has increased by 10% since 2005-6. During the 2016-17 period, there were 348,453 UK admissions to hospital for ABI, this counts as 531 people per hundred thousand members of the population. Of these, 155,919 were admissions for head injuries. Although worryingly head injuries amongst women have risen 23% since 2005-6, men are still 1.5 times more likely than women to be admitted for a head injury.

Details Of The Claimant’s Brain Injury

Miss C’s pedestrian brain injury was a severe injury, which seriously impaired her cognitive function. Before her injury, Miss C has been able to live and work independently. After the accident her cognitive abilities were greatly reduced. This meant that she was no longer able to live independently and had to be cared for by her family. She became more trusting, so was vulnerable to being taken advantage of by others, which meant that she had to constantly be supervised. Her family also had to appoint a financial deputy to manage her personal finances. Miss C experienced low moods and her family had to provide care for her. Having to constantly care for Miss C had an negative effect on her immediate family’s own health.

Severe brain injuries, such as the one Miss C suffered, can result in impaired cognitive and emotional abilities. The person may experience declining intelligence and a decline in reasoning and organisational skills. They may also suffer from low moods, irritability and anger management problems and a lack of awareness of other people’s emotions. This NHS Guide has more information about causes of, treatment for, and possible long term effects of severe head injuries.

Aware that Miss C’s brain injury had seriously affected her quality of life, she and her family sought compensation for a pedestrian hit by a car. They contacted a personal injury solicitors firm who took on Miss C’s case for a pedestrian injury claim.

When Miss C’s personal injury solicitor contacted the driver involved in the accident (The Defendant) he denied his liability in the accident. The driver had been speeding but he blamed Miss C (the Claimant) for the accident, arguing that if he had been driving at a slower speed he still couldn’t have avoided her anyway. What made matters worse, his insurance company hired a covert surveillance service to privately watch Miss C, who then claimed that she and her family were exaggerating her injuries to cynically increase the value of her pedestrian hit by car claim.

This negativity put Miss C under pressure to accept a lower offer. The Defendant’s insurer made an offer of £250,000 and several other low offers. This is a technique that is often used to take advantage of people making what could be higher value personal injury claims, who do not understand how much compensation for being hit by a car they could claim. This is why it is important to hire a qualified and reputable personal injury solicitor, who will be able to properly value your claim and will ensure you get the compensation that you are entitled to in your personal injury compensation settlement.

What Payout Did The Claimant Receive For This Injury?

The pedestrian injury claim went to court and Miss C was awarded £1.65 Million in compensation. This was more than 6 times the amount that the Defendant had initially offered. There is a common misconception that people who pursue personal injury compensation claims are out for themselves and looking to claim as much money as they can for their own personal enjoyment. This is simply not the case.

A portion of the money awarded in Miss C’s pedestrian injury claim was to compensate her for her injuries, as well as the effect on her quality of life her pedestrian brain injury accident would have going forward. What’s more, as Miss C was now no longer to work or live independently, her compensation was to provide her with financial security, and pay for the lifetime of care that she would need in futurity. Because her family had lovingly cared for Miss C after her brain injury, they also received compensation, to pay for the time they had spent looking after her at home.

If you were a pedestrian hit by car, you may be confused about what to do. You may think you can’t afford to make a personal injury claim for compensation, or worry about taking the gamble of having to pay the solicitor’s fees upfront when there is a small chance that you won’t win your pedestrian accident claim.

Fortunately, Accident Claims UK is able to offer all of our clients the option of hiring a no win no fee solicitor. No win no fee means that, as a claimant, you will just need to pay your solicitors fees if the event that your claim is successful. This can often be settled from your pedestrian hit by a car settlement. Put simply, for our claimants this means there is no risk, financially to you. Note that if you don’t win your personal injury compensation claim, you won’t need to pay a penny. As your solicitor’s fee is paid out of the final compensation settlement you receive, hiring a no win no fee solicitor is the option which is more affordable for many claimants. Call Accident Claims UK today, to find out more about starting a compensation claim for your injuries on a no win no fee basis.

Were you involved in a road traffic accident where you were a pedestrian hit by a car? If so, you could be owed tens of thousands of pounds in compensation, or even more, depending on the severity of your pedestrian accident claim. Call Accident Claims UK to speak to our friendly legal advisors, who will advise you on questions such as “I was hit by a car how much money will I get?” and whether or not you have legitimate grounds to claim a pedestrian hit by a car settlement in the UK. If we find that you do have legitimate grounds to claim, we can then supply you with a member of our team to represent you in your claim. They will strive to secure you the compensation which you may be entitled to. Call today to start your claim. Our team are ready to assist you today.

Below we have included several useful links to guides across our site.

A Guide To Head Injury Compensation Claims – How Much Can I Claim?
How much compensation can you claim after suffering a head injury? Find out how much the typical settlement is for different levels of injury severity.

How Much Compensation Can I Claim For A Car Accident?
How much compensation can you claim after being involved in a car accident? Find out the different settlement amounts in this guide.