Accident Claims UK are a personal injury firm with an excellent track record of winning personal injury claims for their clients. Some serious injury payouts can be worth millions of pounds. Every client has the option to make a no win no fee claim, and what’s more, we will always fight to win you the maximum amount of compensation that you are entitled to. 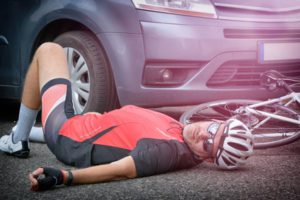 Call 0800 073 8801 today to take advantage of our free legal consultation, with a knowledgeable advisor. If you have legitimate grounds to make a road traffic accident claim or brain damage claim, we will accurately estimate how much compensation you can get for a head injury, and will provide you with an excellent personal injury solicitor to handle your claim. If you have experienced a car accident causing brain damage or any other sort of accident leading to a serious head injury, we would love to help you claim the brain damage payout that you are entitled to. Call Accident Claims UK today, to enquire about claiming your head injury compensation payout.

In this head injury compensation case study, we are going to look at the case of a young man, Mr M, who received a large brain damage payout after a road traffic accident. The car accident causing brain damage happened when he was 17 and his brain damage claim was finally settled six years later. The accident happened when Mr M was travelling in a car as a passenger, driven by his friend. His friend swerved to avoid a fox on the road and lost control of the car.

Car Crash Statistics For The UK

After the accident Mr M was taken to hospital. He was diagnosed with multiple fractures to his leg, lacerations to his head and back and most seriously, a frontal lobe brain injury. At hospital, he was given immediate treatment for his injuries, then he spent three weeks at a specialist rehabilitation unit. Unfortunately both Mr M and his family felt that this treatment was not enough given the life changing severity of his injuries and a spokesperson for the family revealed that the victim felt “Let down by the system”. As a result of his frontal lobe brain injury, Mr M suffered multiple problems including: loss of memory, loss of organisation skills, an inability to concentrate, extreme fatigue and anger management issues. Unfortunately, he was not given any help or support going forward to manage these problems. Prior to his accident Mr M had been training to be an electrician and had also had a part time job in his local branch of Morrisons. After the accident, he had completed some of his college qualifications but was no longer able to work.

As a young man of just 17, Mr M’s injuries also greatly affected his family. In the words of his mother, the family “had to come to terms with the fact that they had lost their son as they knew him”. They were keen to get Mr M all the ongoing support he needed to cope with his brain damage injury.

Why are frontal lobe brain injuries so debilitating? The frontal lobe is responsible for many higher brain functions, and also carries many of the functions that give a person their individuality. This includes emotions and emotional expression, language processing and intelligence. Damage to the frontal lobe before a person’s mid twenties, because of a birth injury, horrendous accident (such as the car accident causing brain damage that Mr M suffered) or drug abuse, can cause the person to suffer from a developmental disability. Other symptoms of a frontal lobe damage brain injury can include: impaired language skills, impaired moral judgement, anger management problems, memory loss, erratic behaviour, dementia, declining intelligence, reduced motor skills and lack of spatial reasoning. As you can imagine, someone suffering from a serious frontal lobe injury will need continuous support and care to live a good quality of life.

How Did The Claimant’s Solicitors Handle The Claim

Contrary to popular opinion, claiming for a brain damage payout after a road traffic accident or claiming any other sort of personal injury compensation is not about getting as much money as you can for your own enjoyment, but compensating the person for their injuries and providing the injured person with the funds they need to get the medical treatment and care that they now require. Concerned about his condition, Mr M’s family were keen to get a brain damage payout to pay for the care and support Mr M was now in need of. They hired a personal injury solicitor’s firm, who assigned an expert personal injury solicitor to work on the case. The solicitor approached the insurer of the driver who caused Mr M’s accident and made it known that his client, the Claimant would be making a claim for a head injury compensation payout. The first thing the personal injury lawyer did for Mr M is secure interim payments to pay for him to be able to move into a specialist residential rehabilitation centre in Surrey. How Long Did The Claim Take, And What Settlement Was The Claimant Awarded?

As the road traffic accident claim for a head injury compensation payout proceeded the Defendant’s insurer proved to be very cooperative and did not dispute liability, which meant that this personal injury claim was quicker to proceed than many. The claim was settled out of court and Mr M was paid £4 million for his brain damage payout after a road traffic accident. Although the brain damage payout of £4 million that Mr M received may seem very large, we have to remember that this large head injury compensation amount was awarded to compensate for the extreme severity of his injuries. As going forward Mr M would have to live in an assisted living facility, and would need ongoing support in his daily life, much of his head injury compensation payout was to pay for his ongoing assisted living expenses.

At Accident Claims UK, we offer all of our clients who are looking to claim a brain damage payout after a road traffic accident the opportunity to make a no win no fee claim. No win no fee is formally known as a Conditional Fee Agreement (CFA), which enables the client to go about claiming compensation after a brain injury without having to pay an upfront fee. Instead, your no win no fee solicitor will only charge you for their service if and when you win your compensation claim. For many of our clients, this is the more affordable option and as you won’t have to pay us a penny in the unlikely instance that you lose your claim, there is less financial risk to you.

To enquire about hiring a no win no fee solicitor to represent you in your claim for a brain damage payout, call Accident Claims UK today to speak to one of our friendly advisors today.

Have you experienced a brain damage injury which was caused by an accident that was not your fault? Perhaps you wish to claim brain damage payout after a road traffic accident or other serious incident? We would love to help you make a brain damage claim for compensation. Call today for your free consultation. If you have legitimate grounds to head injury compensation payouts, one of our knowledgeable advisors will let you know how much your head injury claim is worth and will provide you with an excellent no win no fee solicitor to handle your claim. Call Accident Claims UK today, we’re looking forward to hearing from you.

A Guide To Head Injury Compensation Claims – How Much Can I Claim?
Find out how much you could be awarded in compensation for a head injury in this guide.

How Much Compensation Can I Claim For A Car Accident?
If you have been hurt or harmed in a car accident learn more about how to get legal support and assistance in this guide.