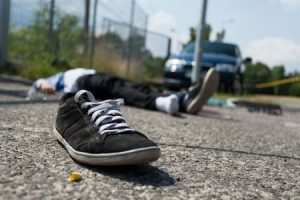 On this page, we take a look at a case study regarding a hit and run accident that led to a man fracturing his skull, causing brain injuries that would impact him for the rest of his life. The claimant launched a claim for hit and run compensation payout of £500,000 for losses of earnings as well as injury compensation and the claim was settled out of court, although the actual hit and run compensation amount that the claim was settled for was not printed. On this page, we discuss compensation amounts that could be awarded in cases of fractured skulls, as well as providing information on making personal injury claims for those who may have a case that is similar to this one. We’ll also discuss finding a solicitor to help you with claiming compensation following a hit and run. If you would like to talk to us about your own situation, then you could call us on 0800 073 8801. But, why not read on to find out more about this case before you call.

How Did The Claimant Sustain The Fractured Skull Injury?

The claimant, in this case, was hit by a sports car, knocking him over and fracturing his skull. Before we take a look at the hit and run compensation payout for this claim, let us look at how claims of this type could occur. Road users have to abide by the rules of the road while they are driving. If they fail to do so and injure someone because of their dangerous or negligent behaviour, the driver who is at fault could have a claim made against them. In many situations, the claim would be paid out by the person’s insurance company. However, the driver of the car in this hit and run case was not insured at the time of the accident.

Circumstances In Which The Accident Happened

The pedestrian accident occurred when the claimant was crossing the road and the driver of a sports car ran through the red light at the crossing and the pedestrian was run over, fracturing his skull. The claimant’s injuries were said to be life-changing, as he suffered a bleed on the brain from the accident, as well as being unable to walk without crutches for 6 months afterwards.

What Is A Hit And Run Accident?

A hit and run accident is one where a driver fails to stop at the scene of an accident that they have caused. Where the driver can be traced, a claim for hit and run compensation could be made against them, which their insurance company should pay out on if the claim is successful. However, if the driver is uninsured, then either a civil case against the liable party or a claim through the Motor Insurance Bureau may be appropriate. A personal injury lawyer would be able to help work out the most appropriate way of making a claim like this.

What Injuries Did The Claimant Sustain?

As well as the fractured skull that was caused by the hit and run accident, the claimant was said to have suffered a brain injury, and a bleed on the brain. His injuries were said to be likely to impact the rest of his life.

When a skull is fractured, there are several different types of fracture that may be suffered. These could include:

Treatment for a fractured skull could range from allowing the fracture to heal itself, neurosurgery to treat the nervous system, craniotomy and so. Any head injuries can have a major impact on the victim and recovery may take up different lengths of time.

What Other Injuries Did The Claimant Sustain?

After the claimant had left the hospital, he had to use crutches for 6 months afterwards. It was also reported that he had to quit his job as he was unable to stand up for long periods of time, and he still suffered pain in the leg 21 months after the accident. It was reported that the claimant has suffered memory and eyesight problems, as well as mental health problems that have left him nervous when crossing the road.

How Was This Case Handled?

In September of 2018, the case was heard in the Sheriff’s court for the driver that caused the accident to be sentenced. He pleaded guilty to the charge of causing a serious injury by dangerous driving and for driving without insurance. He was sentenced to 280 hours of work (unpaid) and ordered to wear an electronic tag for 6 months.

With regards to the personal injury claim for £500,000, this was due to be heard in the Court of Session, but a settlement was reached before the court date. The compensation settlement was withheld from the report, but was said to include loss of earnings, legal expenses and hit and run compensation for the injuries.

If your injuries don’t appear in the table above, why not call our team. We could look into the approximate compensation amounts for your claim.

Making a claim for compensation with a personal injury lawyer need not require you to pay upfront for their assistance. No win no fee claims allow you to pay the lawyer at the end of your claim, not the beginning. A document would be issued to you called a Conditional Fee Agreement, which you would need to sign before your claim could be started. This would detail the percentage that the lawyer would take from your total compensation payout as a success fee. This cannot, by way of a government cap, be over 25% of the total payout, so you could be sure that the majority of the settlement would be for your benefit and would not be swallowed up by legal fees. Once the agreement was signed, your lawyer would be able to begin working on your case, and once the case resulted in a payout, your lawyer’s fees would be deducted from this. If your lawyer failed to obtain you a payout for a valid personal injury claim, you would not have to pay them a success fee. If you are interested in hearing more about the way that these claims work, or have any questions about this payment structure, we’d be happy to answer them.

How Do I Claim Compensation For A Fractured Skull?

The process of finding a solicitor might be a search you are not looking forward to, but if you call Accident Claims UK, not only could we offer free advice and support for your case, we could also provide you with an appropriate personal injury solicitor from our panel, to save you the legwork of finding a solicitor that suits you. You might be interested to know that all of the lawyers on our panel could take on claims on a no win no fee basis, meaning we could help you begin your claim without you having to pay the solicitor upfront. With years of experience, and many happy previous customers who would attest to the quality of our service, we feel we could be a good choice to handle your claim.

How To Start Your Hit And Run Victim Compensation Claim

If you now feel ready to claim hit and run compensation, or have further questions, then we’d be glad to hear from you. We don’t charge for the advice we offer to potential claimants and there’s no obligation to use our services. We’ve made it easy to get in touch with our team too! You could call our helpline on 0800 073 8801, or you could use the Live Chat feature on the site. Otherwise, you could e-mail the team on office@accidentclaims.co.uk or complete the contact form with your details and we’ll come back to you as quickly as we can.

Treatment For Severe Head Injuries – This page on the NHS website might give some insight into a severe head injury.

Uninsured Driver Compensation – This page, on the government website, may shed some light on making claims against uninsured drivers.

Car Accident Claims – Here, you can read our guide on car accident claims, which may provide some useful information on making a claim.

Pedestrian Claims – This page shows more about making pedestrian accident claims. If you are seeking hit and run compensation payouts, then this may be of use to you.